Who’s Got Game in conjunction with Cut the Chat presents:

Much more than just a basketball match, this cultural event brings together the influence and power of home-grown and International celebrities and athletes, along with the strength and character of the local community to raise money The Amos Bursary and also supporting Give Blood.

The Event is taking place at The Nike Regal basketball court in Lambeth between 2pm – 6pm, the event will feature live music by DJ Melody Kane, a slam dunk showdown, silent auction, audience giveaways and a half-time performance by a special celebrity guest!

Other guests in attendance include; Lord Michael Hastings CBE, Players from the England Rugby Squad, Terroll Lewis and many more…

The game will take place at The Nike Regal court which is manage by the Black Prince Community Trust, an organisation that develop community activity and participation at its community hub in Lambeth, South London. Lambeth has one of the largest geographic areas of any inner London borough with nearly a third of a million citizens living in the region. It is one of the most densely populated areas in the country with over 100 people living in each hectare, more than twice the London population density. It has a complex social and ethnic mix with large African, Caribbean and Portuguese populations. Lambeth has a relatively young age profile. Although it is a largely residential borough, it is one of the top destinations for young working age people. 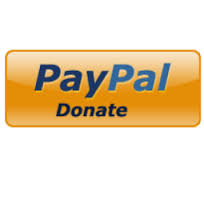