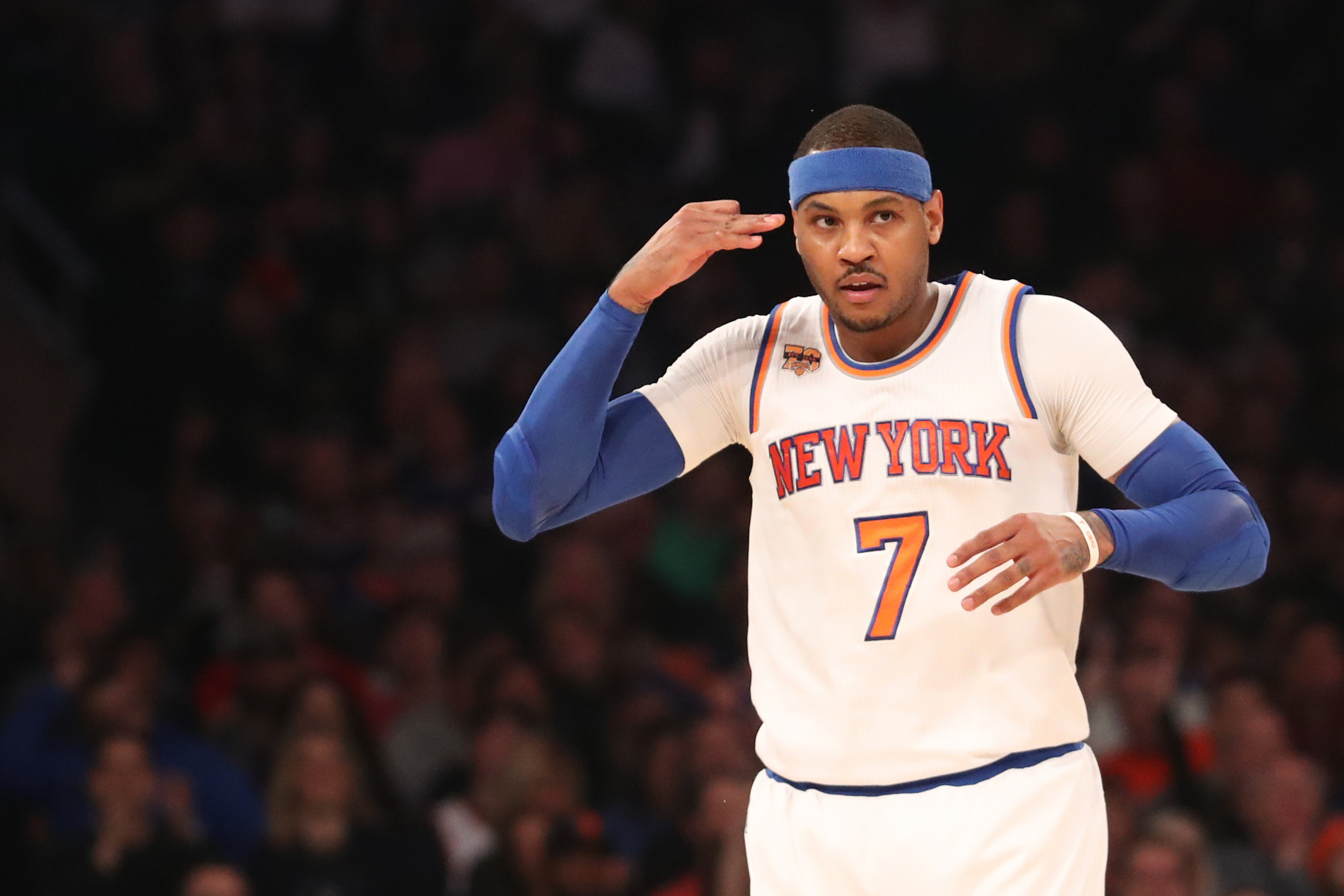 The Phil Jackson era at the New York Knicks is over, and the Carmelo Anthony era could be coming to an end as well, according to reports.

Back when Jackson was still the president of the Knicks, he was pushing for Anthony to give up his no-trade clause so that he could be moved on from the franchise. The 10-time All-Star refused to do this as he didn’t want to leave, causing a standoff between the two sides approaching the start of free agency.

With Jackson now gone, the 33-year-old has apparently changed his mind and has said he is willing to waive the no-trade clause part of his contract, but only if he is traded to one of two possible teams.

Anthony is now willing to waive the no-trade clause part of his contract with the Knicks, but only if he is traded to the Houston Rockets or the Cleveland Cavaliers.

This is a very interesting decision by the small forward, as the reason why he has picked both of these teams is clear. They both franchises that have the best chance of winning a championship – something which he has never done before – before the 10-time All-Star calls it a day on his career.

Anthony has two years and $54 million guaranteed left on his contract and a trade kicker that could pay him an additional $8.1 million upon a deal. He also has the option of lowering, or waiving, the trade kicker to facilitate a deal with a new team if he wishes. Due to these circumstances, it would be really difficult for Knicks to demand meaningful assets in any trade.

Houston is a great destination for Carmelo as the franchise is starting to put together an interesting roster that could challenge for a championship over the next few seasons. Alongside MVP-calibre player James Harden, the Rockets recently traded for Chris Paul from the Los Angeles Clippers, and this could be enough to persuade Anthony to go as well.

Cleveland is a preferred destination for the small forward as well as it would mean linking up with one of his good friends and one of the best players in the league today, LeBron James. The team has gone to the NBA Finals in each of the last three seasons, winning the title once.

We now wait for Anthony to come to a decision about which team he would want to play for more, and if they’re able to facilitate his demands for a trade to happen. More than likely, he will not be playing for the Knicks next season.